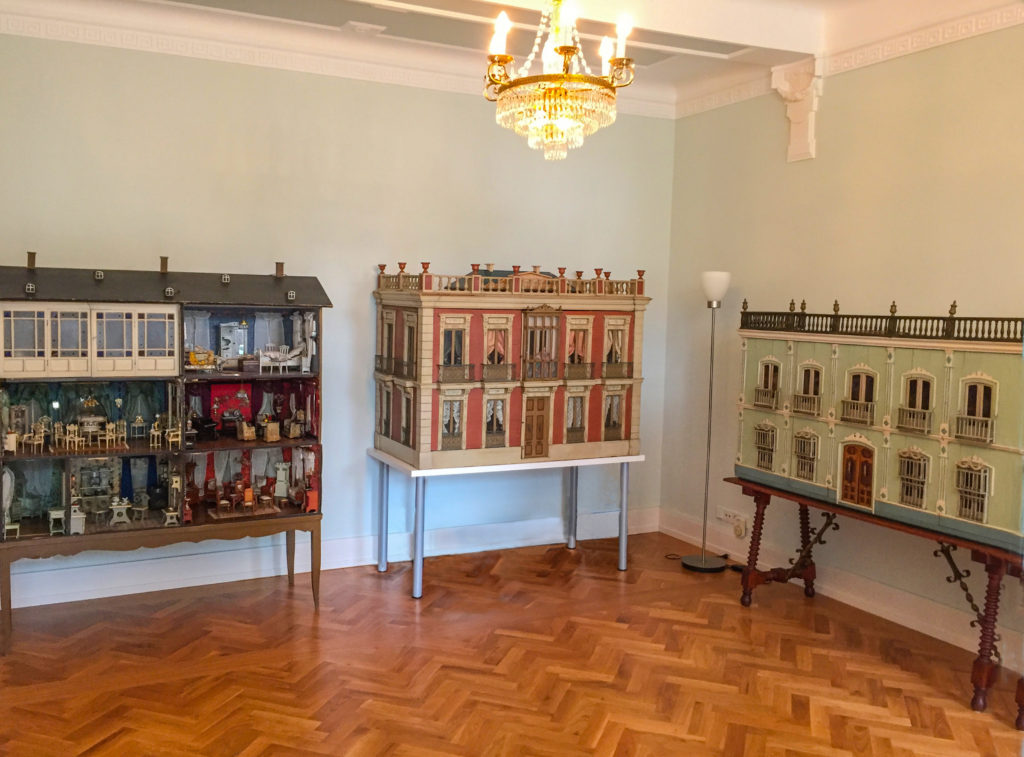 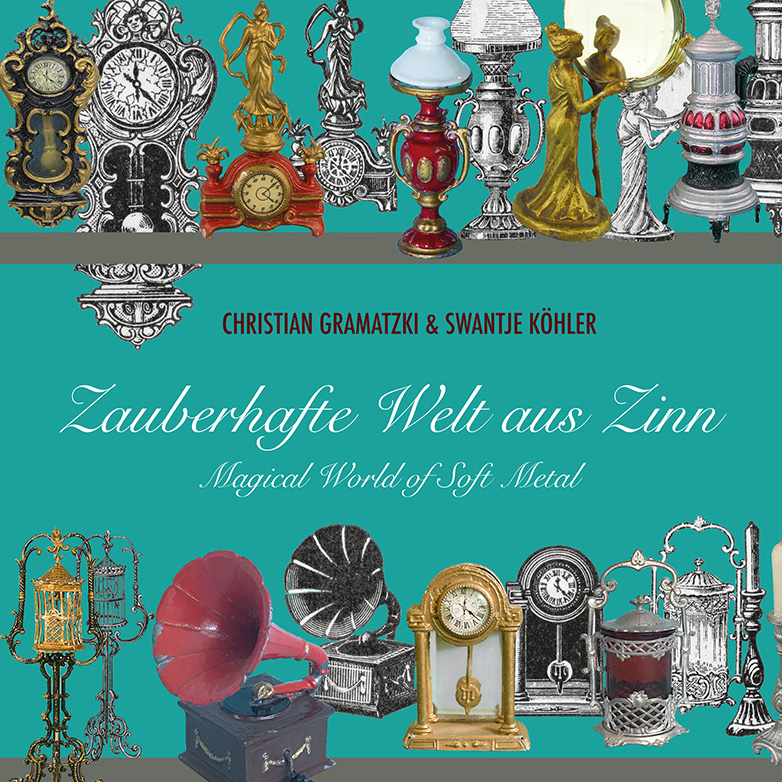 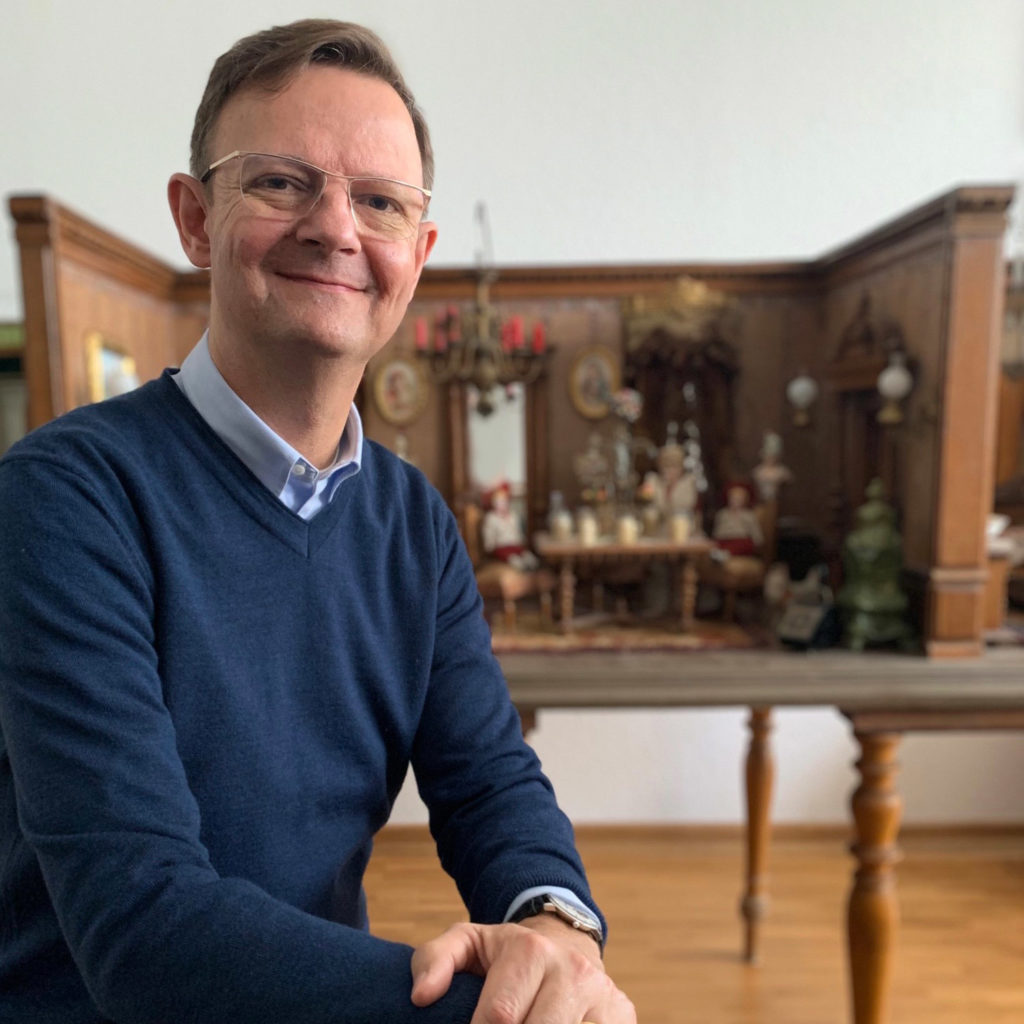 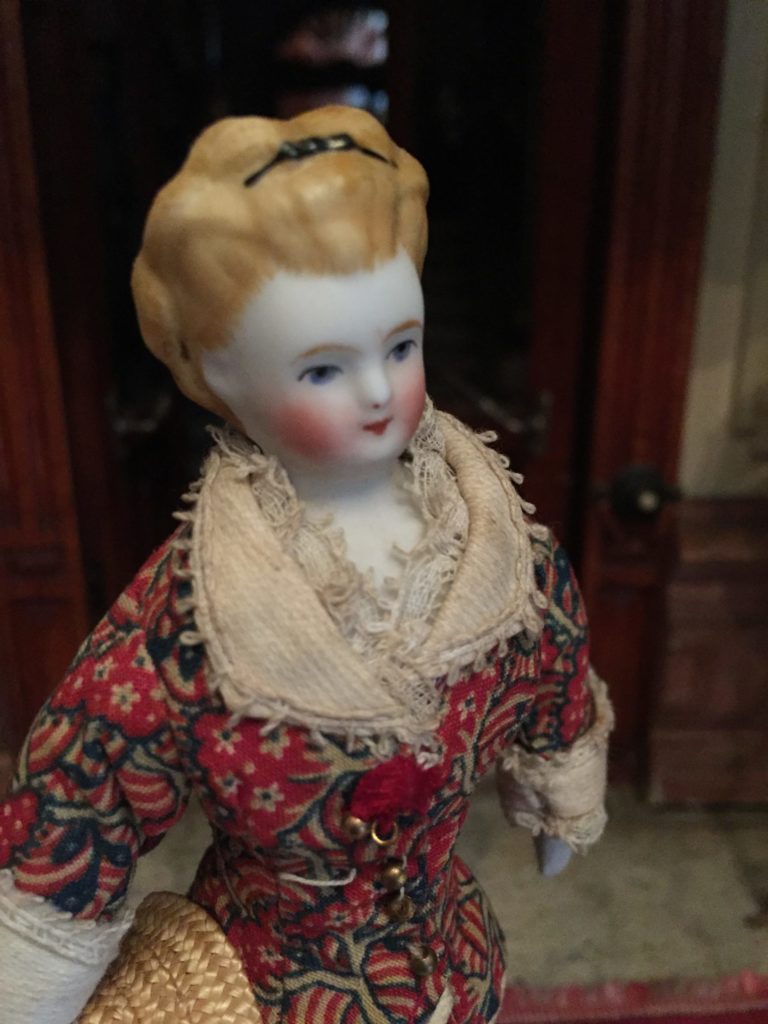 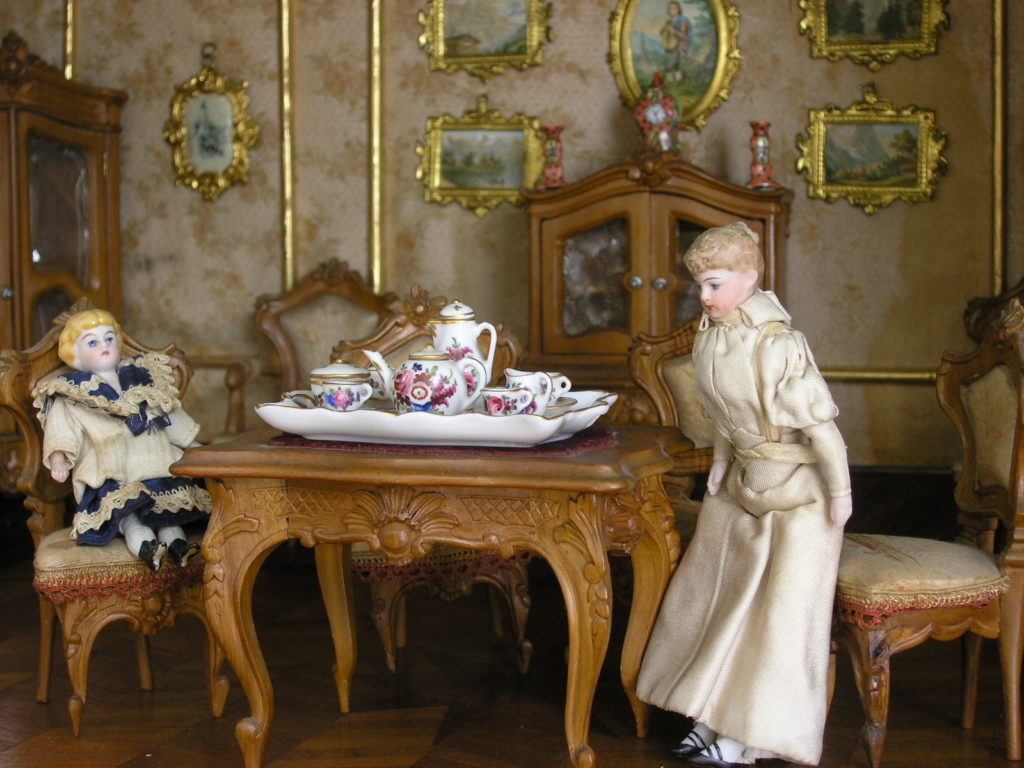 This site is intended as a forum to meet other collectors and dealers of doll’s houses. It aims at giving you an impression about what I collect, what I am looking for and, of course, what I sell.

At some point, every collector has to start with parting from certain items he/she has collected. How often did I have to buy a complete doll’s house because I wanted one rare furniture group which was in it! What are you to do with the doll’s house itself, what with the accessories? And who isn’t aware of the problem of where to put the new doll’s house? In that case you have to part with another one! From this, my passion developed into my profession. If you are looking for something specific or if you want to sell something, please send me a short note – I will most certainly contact you! It will be my pleasure to send you photos of those items which I am currently selling. Please notice: my Rubylane Shop shows only a small part of my stock!

For more than 40 years I have been collecting antique doll’s houses, room boxes and doll’s kitchens and I am still fascinated how infinitely divers the collecting field is. The early baroque one-offs or small series from the 17th and 18th century are mostly in museums or old private collections. Only now and then can one find pieces of furniture, accessories and dolls, but hardly ever complete doll’s houses or complete furniture ensembles. It was not until the serial productions of the late 18th and early 19th century, such as those found in the toy catalogues of Georg Hieronymus Bestelmeier since 1793, for example, open up a true microcosm of collectable things to us. Bestelmeier was one of the richest merchants in the Toy Town of Nuremberg; his catalogue from 1823 shows copperplate engravings of a total of 1350 different toys, including of course fully equipped doll’s houses, room boxes, shops and typical Nuremberg kitchens with chimney hoods. Much of the extensive production of the Biedermeier period (ca. 1815 to 1845) is still collectable, just think of the countless Biedermeier furniture made e.g. by the Kestner company in Waltershausen. Since the middle
of the 19th century, the number of manufacturers has become almost uncountable, and with it the number of items available on the market today: Any household goods made of soft metal, from chandeliers to table services, are manufactured by, for example, the companies of Wilhelm Gerlach (Naumburg a.d.S.), Gerhard Söhlke (Berlin), Johann Andreas Bäselöder (Nuremberg), Theodor Krause (Gotha) and Babette Schweizer (Diessen). Finely painted milk glass services come from Lauscha, turned wooden services (often called treen) from Nuremberg and the Erzgebirge.

The company Rock & Graner from Bieberach is famous for its embossed and carefully painted tin furniture, which was exported all over the world. Doll’s house furniture made of wood was produced by countless companies in a wide variety of qualities and sizes. From simple inexpensive sets to richly turned and carved furniture, which could even be veneered!
The larger the furniture, the higher the quality of craftsmanship. Bruno Harrass, Carl Brandt, Delling & Sohn, Eppendorfer & Nacke, Ernst Goldmann, Paul Hübsch, Paul Hunger, Johan Daniel Kestner, Paul Leonhardt and Schneegass & Söhne, to name but a few, were particularly successful. The filigree furniture made of ivory and bone, for which Erbach in the Odenwald was famous, occupy a special position between toys and schowcase pieces. In addition, almost every doll’s house is equipped with the splendid ormolu accessories by the company Erhard & Söhne from Schwäbisch Gmünd.

Doll’s houses and doll’s houses were built by carpenters or skilful fathers; The majority, however, come from the large factories of Christian Hacker, Moritz Gottschalk, Theodor Heymann or Albin Schönher – to name just a few German manufacturers.

In the catalogues of the companies Märklin and Bing you can find an unimaginable selection of miniature stoves and kitchen accessories. Both companies produced themselves, but also sold things they obtained from other companies. Until the discovery of the Erhard & Söhne catalogues published by Swantje Köhler, for example, the wonderful ormolu chandeliers were considered Märklin products. The company Kibri (Kindler & Briel) from Böblingen also produced elaborate and particularly decorative doll’s kitchens and shops.

The German toy industry dominated the international toy market until well into the 20th century. In almost every doll’s house of the 19th and 20th century worldwide, you can find furniture or accessories made in Germany. With regard to the doll’s houses, however, very different traditions developed in the different countries. While girls in Germany played with doll’s houses, room boxes and doll’s kitchens, English girls were almost exclusively given doll’s houses to play with. As in Germany, these houses
were individually made or houses made by English companies. The so-called box-back houses should be mentioned here in particular. Silber & Flemming produced numerous variations of these cabinet-shaped doll’s houses in various sizes and with simple to extremely elaborately structured facades. Lines Bros. which sold their houses under the Triang lable, also produced a huge number of doll’s houses of the most different forms and equipment. Furniture and accessories from early English companies and manufacturers such as John Bubb (Borough), John-Henry Bielefeld (London) and Evans & Cartwright (Wolverhampton) are particularly sought after by collectors. But also later productions of e.g. the Cushendall Toy Company, the Westacre Village Industry and the Ladies Guild (Ragged Schools), Elgin Ltd, and Taylor and Barrett are especially popular with English collectors.

Despite Germany’s dominant market power, a huge toy industry developed in the USA in the course of the 19th and 20th centuries. Colourful houses, mostly covered with lithographed paper, were made by Rufus Bliss, Morton E. Converse and John McLoughlin, for example. Who made the large, high-quality dollhouses that F.A.O. Schwarz sold in his famous toy stores in New York is unknown to this day – it is not for nothing that they are called mystery houses. The Tynietoy company, which produced doll’s houses and furniture in the American colonial style, was particularly successful. But also the company Albert Schoenhut from Philadelphia, famous for its circus, produced a variety of different doll’s houses. Doll’s house furniture and kitchens from sheet metal or cast iron were manufactured by companies such as Stevens & Brown, Hull & Stafford, Ellis, Britton & Eaton, Althof Bergmann & Co., Adrian Cooke, Arcade Manufacturing Co., Strombecker and the company Tootsietoy. The early American tin furniture is extremely attractive, but does not come close to the quality of comparable furniture from Rock & Graner.

In France today you can mainly find doll’s houses made by Moritz Gottschalk. The extremely decorative folding parlours, on the other hand, are made in France by Louis Badeuille in various sizes and qualities. Badeuille provided the handcrafted, undemanding fretworked furniture with embossed golden cardboard ornaments and borders which, together with shiny silk fabrics, make up the special charm of this furniture. In the simplest version the wood was untreated, in the luxury version it was polished black or brown. The tiny cast furniture made by the Simon & Rivollet company in Paris belongs also to the few dolls house items made in
France. In contrast to the small production of houses and furniture, various porcelain manufacturers in Limoges and Gabriel Fourmaintraux in Desvres produced a huge assortment of high-quality miniature porcelain, which, in contrast to German doll’s house porcelain, is often very thin-walled and usually finely painted by hand.